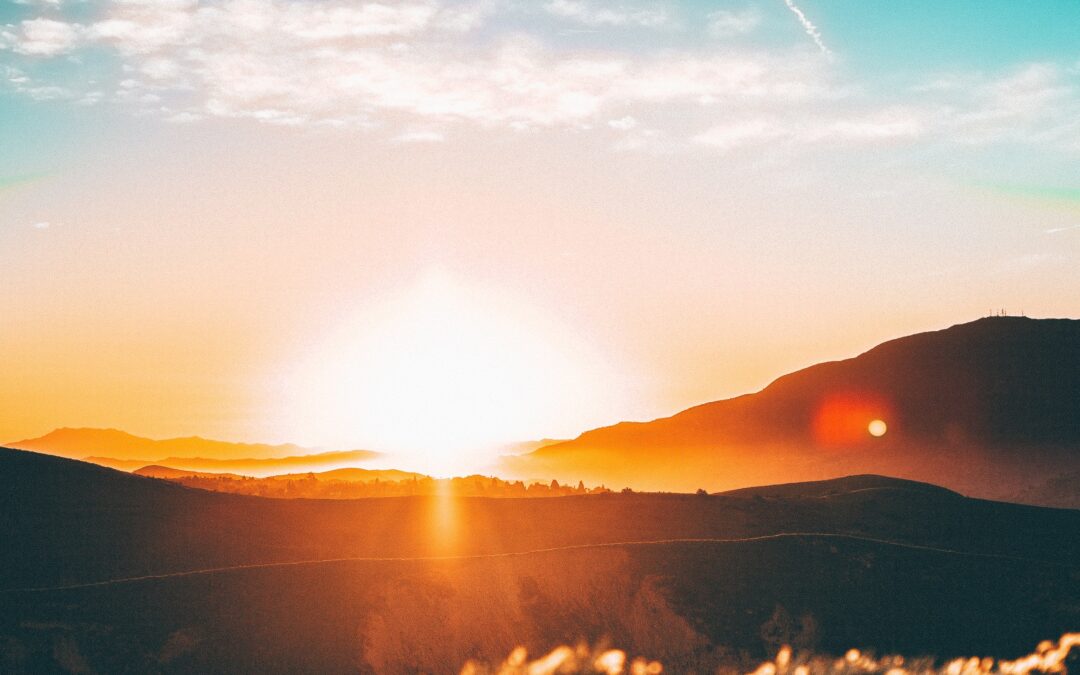 Late last week I was sitting at my desk at around 4pm thinking how lovely and light it was with no signs of dusk. I looked up the sunset time for my postcode and found it to be 16.44. As sunset times are obviously something that occur every day in the real world, I wondered how I could express this as a number so I could use it in my next blog post. The approach I took was to translate the time into the number of minutes from 00.00 into the day. The time of 16.44 can be expressed as minutes as follows:

I also wondered how sunset is defined. According to the Royal Museums Greenwich website the published times of sunset refer to “the moment when the sun’s upper limb … is on the true horizon of an observer at sea-level.”

As with all my blog posts, my next challenge was to find another example of where the number 1,004 occurs in the real world.

Mountains are an obvious thing to consider when looking at large-ish numbers due to their height. I live very close to the beautiful Snowdonia National Park, pictured above. I enjoy looking at mountains rather than climbing them! Until writing this post I knew nothing about the heights of mountains and I enjoyed learning more. Mount Snowdon, which is 1,085 m high, is the highest mountain in England and Wales. I needed to look at mountains of 1,004 ft and 1,004 m.

A hill becomes a mountain when it rises above 1,000 ft so a mountain of 1,004 would be a very small mountain indeed. I couldn’t find one of exactly 1,004 ft but, if I had, I think it would have been too small to have been very interesting. However, I found three mountains of 1,004 m from around the world.

Nearest to me in northwest England is The Devil’s Point (Scottish Gaelic: Bod an Deamhain) which is a mountain in the Cairngorms in the Scottish Highlands. The Gaelic name means “Penis of the Demon”. The English name is apparently the result of a visit to the area by Queen Victoria who asked for a translation of the name; the English name was given to avoid embarrassment.

Interestingly, the equivalent of 1,0004 m is 3,294 ft. This means that The Devil’s Point is a Munro which is defined as being a mountain in Scotland of over 3,000 ft high. There are 277 Munros in total and many people seek out to climb all of them.

The second mountain I found of exactly 1,004 m high was Zas on Naxos which is the highest mountain of the Cyclades, a group of islands in the Aegean Sea southeast of mainland Greece.

And, further afield to me, the third mountain of exactly 1,004 m high is the Great North Mountain which sits on a 50-mile-long mountain ridge within the Ridge-and-valley Appalachians in the US states of Virginia and West Virginia. To put these mountains into perspective, as we all know the highest mountain on Earth is Mount Everest. Everest’s summit is 8,850 m (29,035 ft) above sea level – so more than eight times as high as the three considered above!

I love it when adjectives are used to describe numbers in number theory. Happy numbers and amicable numbers have already been described in this blog. Now I discover that you can have attractive numbers – I’ve never come across these before!

A number is attractive if the number of its prime factors (whether these be distinct or not) is itself prime.

Until writing this blog post I gave little thought to the height of mountains. I feel that I’ve learnt quite a bit and am delighted that I could step directly from my local sunset time to three mountains around the globe. Do you have any thoughts about the number 1,004? Please feel free to comment below.