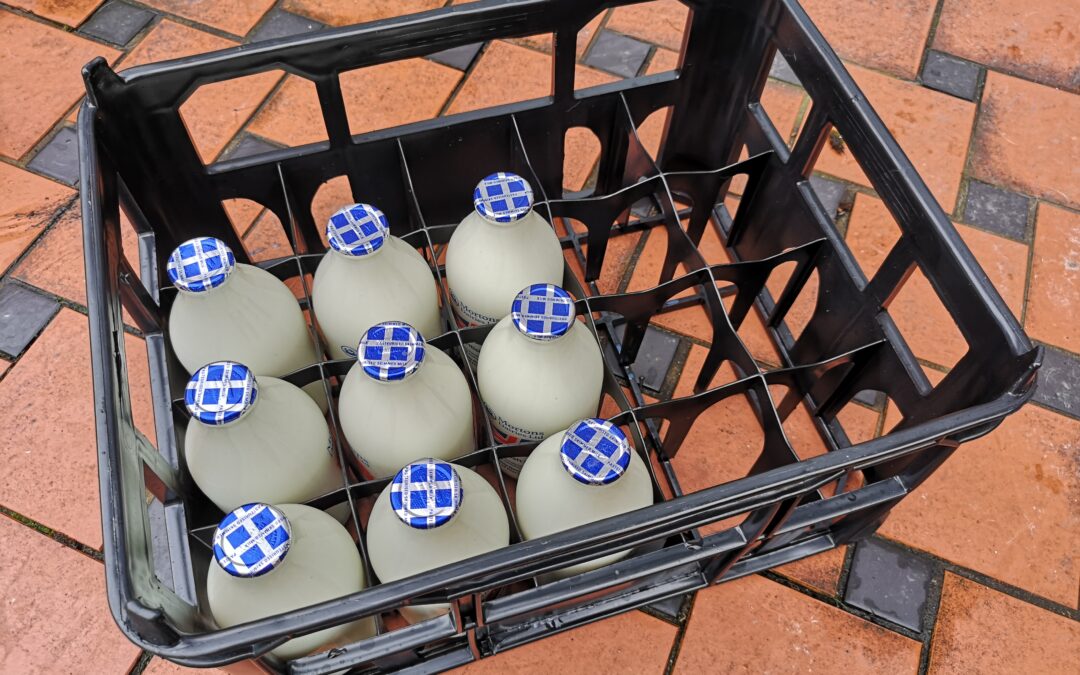 Happy New Year! I hope my first blog post of 2022 finds you well.

I am not efficient at managing our milk delivery, particularly when we’re going away. Above is the sight that befell me when I opened our front door one morning earlier this week! There are just two of us in this house and I drink rice milk much of the time. I am new to having a milk delivery – the pandemic meant that getting food delivered was particularly attractive – and the avoidance of shops is still appealing. What I hadn’t realised was that all the milk for the entire Christmas and New Year period would all be delivered on the same morning. We were going away and my husband, Howard, found some plastic containers and froze much of the milk for our return. Given this little escapade I thought that the number 9 would be a good one to look at in this blog post.

Beethoven’s Nineth Symphony is a tremendous spectacle and one of the greatest works in classical music. I saw it performed at the Liverpool Philharmonic Hall and it was electric. If you aren’t familiar with it, particularly the fourth movement, take a look on YouTube Music.

The symphony was first performance in Vienna in 1824 and is very unusual because the last movement also has singing in it: there are four soloists (soprano, alto, tenor and bass) and a choir which is why it is known as the “choral” symphony.

The words of Friedrich Schiller’s poem “An die Freude” (“Ode to Joy”) were adapted by Beethoven for the final movement. In the 1820s efforts were being made by rulers to try and curb freedoms gained during preceding decades and some to see “freude” (“joy”) as meaning “freiheit” (“freedom”).

For almost two hundred years, the fourth movement of this symphony has symbolised hope, unity and fellowship – across borders and through conflicts giving the music a dimension beyond its technical mastery. Today, the Ode to Joy is the anthem of the European Union and the sound of Hogmanay and New Year celebrations everywhere as well as a key part of the British Proms. Tragically, during the composition of the Nineth, Beethoven’s hearing was deteriorating. At its premiere, he was unaware of the colossal impact of the music until one of the musicians alerted him to the cheering audience.

The number 9 has a few interesting properties. 9 is 3 squared, ie

Its proper divisors are 1 and 3.

But it is also a composite number.  What does this mean? A composite number is a positive integer that has divisors other than 1 and itself. Or, put another way, is not prime. We first met prime numbers in my post about the number 101 on September 9th, 2021.

My failure to keep track of my milk over the Christmas break has led me to learn more about one of the most stunning symphonies ever composed.