Maps and the Quran 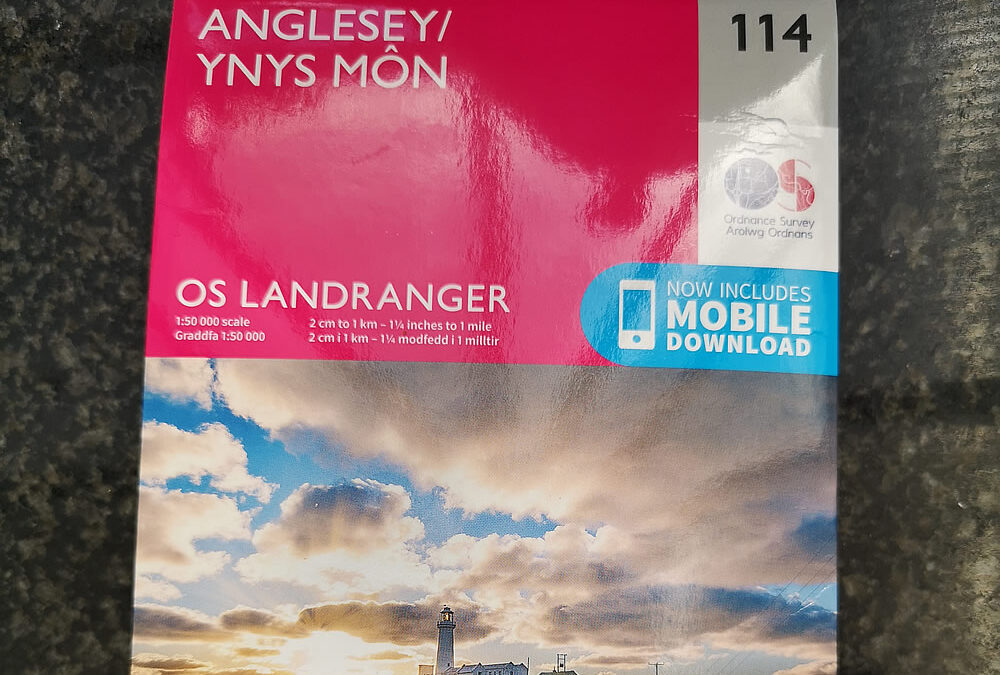 We have arrived back home after staying on Anglesey in North Wales having had a wonderful break. However, we’re a little fed up as we ordered an Ordinance Survey map for our trip and paid extra so it would arrive in time. It missed us by a day. The reason that this is relevant to my blog is that the map’s area number is 114 and 114 will be the next number to consider.

The Ordinance Survey (OS) Landranger Map Series (1:50,000) have pink covers and there are 204 of them covering the whole of Great Britain and the Isle of Man. The maps show the main tracks and pathways together with places of interest, campsites and Rights of Way information for England and Wales.

The most detailed OS leisure maps are the 403 OS Explorer (1:25,000) which are orange and designed for walkers and cyclists. These maps cover the whole of Great Britain (although the Isle of Man is not included.) In addition, there are the sky-blue OS Tour (c. 1:100,000) maps which don’t cover Scotland. These maps are generally of county-sized area showing major and most minor roads and some footpaths.

The number 114 crops up elsewhere in the real world. I was fascinated to learn that there are 114 chapters in the Quran: the Quran is the Islamic sacred book and is believed to be the word of God as dictated to Muhammad by the archangel Gabriel. The chapters of the Quran cover all aspects of human existence, including matters of creed, social organisation and legislation. The chapters are ordered (approximately) in descending length with the longest chapter having 286 verses and the shortest three. Of the 114 chapters 86 are classified as Meccan, while 28 are Medinan. The Meccan chapters generally cover faith and scenes of the Hereafter while the Medinan chapters are more concerned with organising the social life of the emerging Muslim community. The chapters are recited during the standing parts of Muslim prayers with the first chapter recited in every unit of prayer.

The number 114 also has a theoretical numerical property that I’d never heard of before and find interesting – it is a sphenic number (or a ‘wedge.) A sphenic number is a positive integer that is the product of three distinct prime numbers. We met primes in the last blog for 101 on 9th September

Of the above divisors, three are prime:

When these primes are multiplied together, we get 114 as follows:

The reason that all sphenic numbers have eight divisors is that all divisors (except 1, 114, 2, 3, 19) are products pairs of the three primes as follows:

Be careful. Not all numbers with eight divisors are sphenic. For example, 24 has 8 divisors as follows:

But it is not sphenic: there are only two primes, 2 and 3.

The first few sphenic numbers in the sequence are:

Consider 30 which has the following divisors:

I think that sphenic numbers get their name (ie wedge) because their makeup of divisors is wedge-shaped:

Our map purchase has led me to think about the Islamic faith and numbers with a property I’d never heard of before. There are many other numerical properties that I could have mentioned about 114 but I’d like to keep a good balance between numerical topics and examples from the real world.