Keyboards and Days of the Week 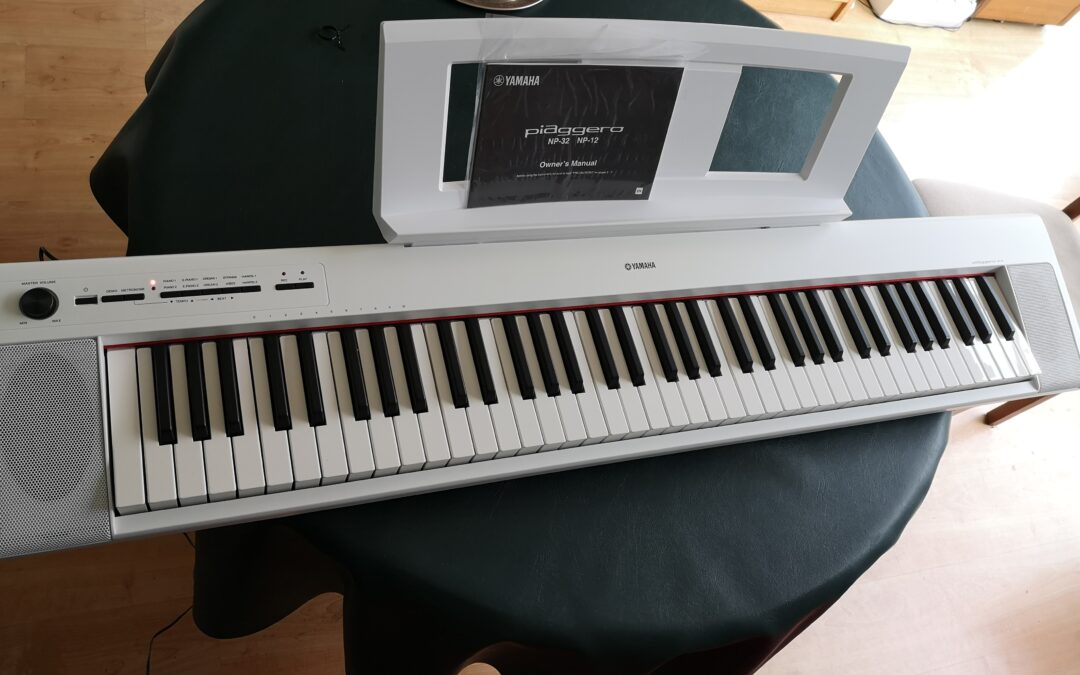 I recently bought an electric piano with a view of playing again after over thirty years. Yesterday I thought I’d try and play Electric Light Orchestra ‘s (ELO’s) “Sweet talkin’ woman”. I only got to know ELO when their 2017 Wembley concert was shown on the TV recently. I loved them immediately and have been listening to their music ever since.

I didn’t find a complete piano manuscript for free, but I did find chords for the guitar. Anyone who knows how to play the piano (I reached Grade 5) can play major and minor chords with ease. The link below is helpful for non-muscicians:

Music 101: What Is a Chord? Learn the Difference Between Major Chords vs. Minor Chords – 2021 – MasterClass

There was one chord in the piece that I wasn’t familiar with – A7 – and I had to look it up. The scale of A is:

and A7 adds a flattened 7th note (G♯ flattened to G) to the A major chord:

Seventh chords, such as A7, are, apparently, very common amongst guitarists as they provide a sense of tension, which helps keep the tune engaging. It seems that the inherent tension comes from a note interval of three tones (in this case going from C♯ to G, instead of from C♯ to G♯).  The A7 chord doesn’t sound quite as cheerful as a major chord, but doesn’t sound nearly as miserable as a minor chord.

My discovery of the A7 chord means that I’ll focus on the number seven in this blog post.

An obvious occurrence of the number seven in the real world is in the seven-day week, which dates back thousands of years. Historians believe it probably got its start with the ancient Babylonians. Other time periods are straightforward to understand: the earth’s rotation on its axis gives us our day and the movement of earth around the sun gives us our year. The moon’s phases approximate our months. However, there is no natural explanation for the seven-day week.

Some experts believe that the ancient Babylonians may have adopted a seven-day week to approximate the time it takes the moon to transition between each of its main phases:

Every month will have all four of those phases and some months will have one of those phases repeated. These transition periods do not match up with a seven-day week exactly which means that an extra day or two to be added to one week every few months.

The tendency to perform rituals every seven days may have given rise to the seven-day week.

Some believe that the Book of Genesis, where God created everything in the world in six days and then rested the seventh day, provided a model for early cultures to follow.

A property that I had never heard of: 7 is a happy number. I’m glad to hear that 7 is happy (I was unaware that numbers had emotions!) so I thought I would find out what this means.

The first few happy numbers are:

Let’s see what happens when we try an unhappy number.

(2 x 2) + 0 = 4 + 0 = 4 (which will repeat from above) Perhaps some numbers are happier or sadder than others – the more iterations perhaps the less strong the emotion?

My interest in learning a piece of music has taken me on a journey into space and a discovery of ‘happy numbers’. I’ve enjoyed it and hope you have too.