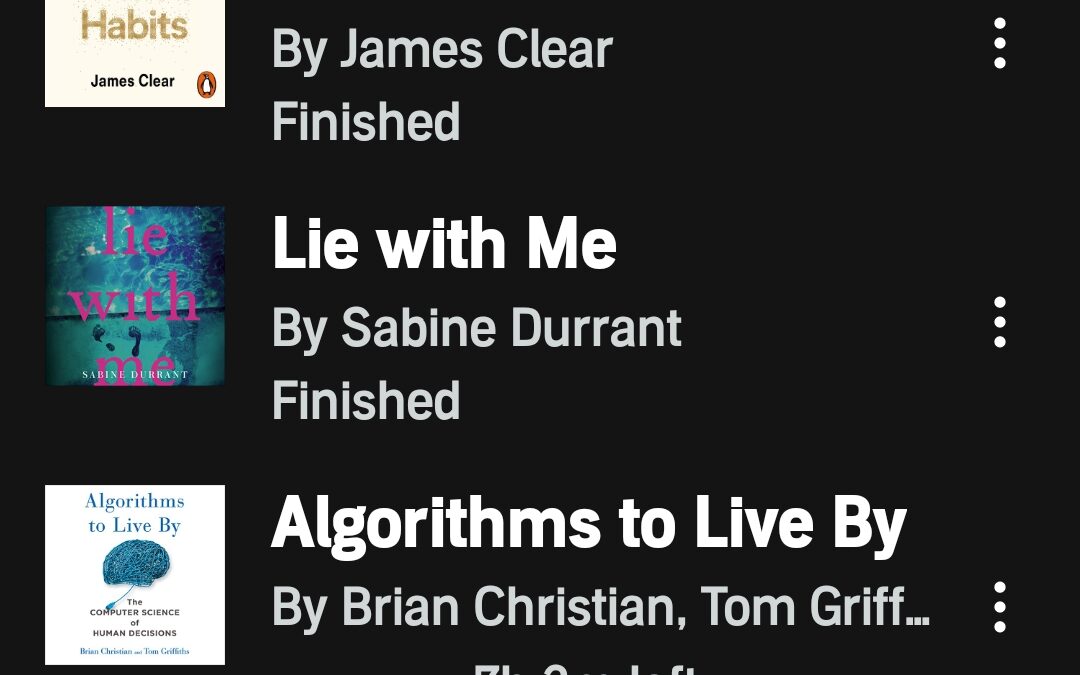 I downloaded a new book on Audible today and noticed that I now have 284 books in my account as shown in the photo. I’ve been a member of Audible for over five years which means I’m listening to over a book a week on average. The books keep me company when I’m doing boring household chores, getting ready for bed and cooking. I’d feel lost without them. Most of the time I’m listening to one fiction and one nonfiction, and I write reviews in my newsletter.

Nearly every book I listen to is unabridged and the longest I have ever listened to is just over 32 hours – this was A Little Life by Hanya Yanagihara which was brilliant although rather harrowing. Most books are around eight or nine hours long.

I’ve always wanted to travel by train in the USA. We were over for a month in 2019 and had planned to take the train from San Francisco to Portland. However, as described in my newsletter for December 2021, we took a detour to visit some Enigma machine restorers in Vermont as part of our book contract.

The 284 service goes from New York to Niagra Falls with the following stops: New York, Albany, Syracuse, Rochester, Buffalo and Niagara Falls. The journey takes a total of seven hours and 20 minutes

Trains leave several times a day between NYC and Albbany and some continue to Niagra. This seems a fabulous way of travelling from a busy metropolitan city to the country and on to see famous sights.

When I wrote my blog post on 24th November I was surprised that numbers could have emotions. Now I’m surprised that they can be friendly towards each other – it’s sweet I think.

Amicable numbers are positive numbers where the sum of the divisors of one add up to the other and vice versa. 284 and 220 are the lowest pair of amicable numbers. You can see this as follows.

The sum of these divisors is:

Sum of these divisors is:

My Audible library has sent me dreaming about train travel up the East coast of the USA and considering friendships between numbers. 🙂