A Retriever Labrador and Sublime Sun 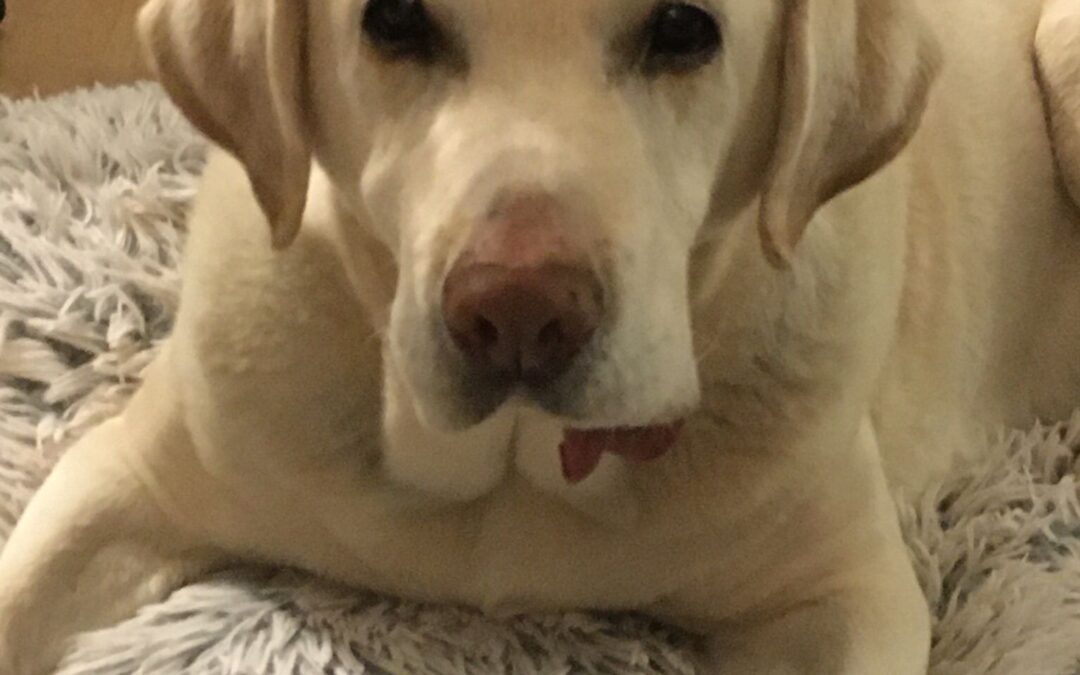 Earlier this week my oldest dog was 12. I wondered how old this was in human years. He has slowed down a bit but he’s still very spritely. One approach for converting dog years to human years is to count seven human years for every dog year. That would make my dog 84. I am sure that he’s not that old. Another approach, according to the American Kennel Club, is to count 15 human years for the first dog year, 9 for the second and five for each after that. That would put my dog at 74 which I think is more reasonable. I used a rather sophisticated calculator from Pedigree which asked for the breed of dog as well as age – I got 89 for this which definitely doesn’t fit. And on and on. My gut feeling is that 74 is about right. I hope that my dog will live until he is 15 or 16. For that to be the case 94 in human years would seem reasonable.

As I said, the breed is important as is the size of the dog. My dog is a golden Labrador / retriever cross and weighs about 31kg. He walks two or three miles every day and has a good diet – no sausages! For treats he has carrots.

The number 12 takes me right around the world to Singapore due to a British Airways flight, BA12, that travels between Singapore and London Heathrow.

Before I begin writing about Singapore – food, cycling, accommodation – I thought I’d say something about the Ukraine war and the part that Singapore has played so far. According to Reuters on 5th March Singapore announced sanctions against Russia that included four banks and an export ban on electronics, computers and military items.

Singapore is one of the world’s top transportation hubs for sea and air cargo. Its success is due to its powerful position at the southern extremity of the Malay Peninsula, where it dominates the Strait of Malacca, which connects the Indian Ocean to the South China Sea.

I’ve been to Singapore once before. It was for a week in 2005 for a business trip. There were two of us working on a project and we were invited over by the University of Singapore all expenses paid which was great. However, the downside was that we had to work very hard and didn’t get much time to explore. I remember crashing into the hotel each night, grabbing a coke from the fridge and almost falling asleep in my clothes.

If I were to go back to Singapore, I’d like to spend three or four nights. I’d like to take a whole bunch of tours looking at the colonial past and boat trips that show the modern parts of Singapore such as Marina Bay (pictured above) and the river. I’d absolutely love to take a boat trip at night and to the islands in the south. This article describes over 30 trips all of which are aimed at the traveler without much time: most people, I think, do not spend more than a few nights in Singapore unless they’re working there. Often, it’s a stop-off point on the way (or way back) from Australia.

Like many Asian countries there are many things on offer for breakfast – noodles, omelets, meat, all kinds of things. The food in Singapore is highly varied reflecting the diverse population. Influences include Malaysia, China, India, Indonesia, Japan, Thailand, Korea and some western food. For some ideas of dishes to try see this article.

Me and my colleague, David, went to Raffles Hotel for a drink which was fun. I remember that it was quite hard to find a beer – after working hard all day and dealing with the humidity we really wanted one! We travelled around on the rather spotless metro system. The streets in Singapore are regarded as some of the cleanest in the world.

It is possible to cycle in Singapore although it’s a good idea to make yourself aware of all the rules. You can receive a heavy fine as well as a custodial sentence if you don’t have lights on your bike between 7pm and 7am. Much of the traffic is heavy but there are areas that can be used for quieter rides. There is even a dedicated cycling / skating route from the airport to the city.

Accommodation: I would love to stay somewhere fun and I’m sure that, if you weren’t on a budget, you could. On my work trip I stayed in quite a posh hotel – I’d never stay in such a place for my own travels. For my own travel the Hotel Ibis would be more than adequate – less than £100 a night including breakfast and in a very central location.

In number theory, a sublime number is a positive integer which has a perfect number of positive divisors (including itself), and whose positive factors add up to another perfect number.

A perfect number is a positive integer that is equal to the sum of its proper divisors (ie those less than itself. Eg 1 + 2 + 3 = 6

I find it hilarious that there are only two known sublime numbers: 12 and

So you are highly unlikely to see this property again in my blog!!

I hope my beautiful dog will live for as long as possible and that I will be able to visit sunny Singapore again in more peaceful times.