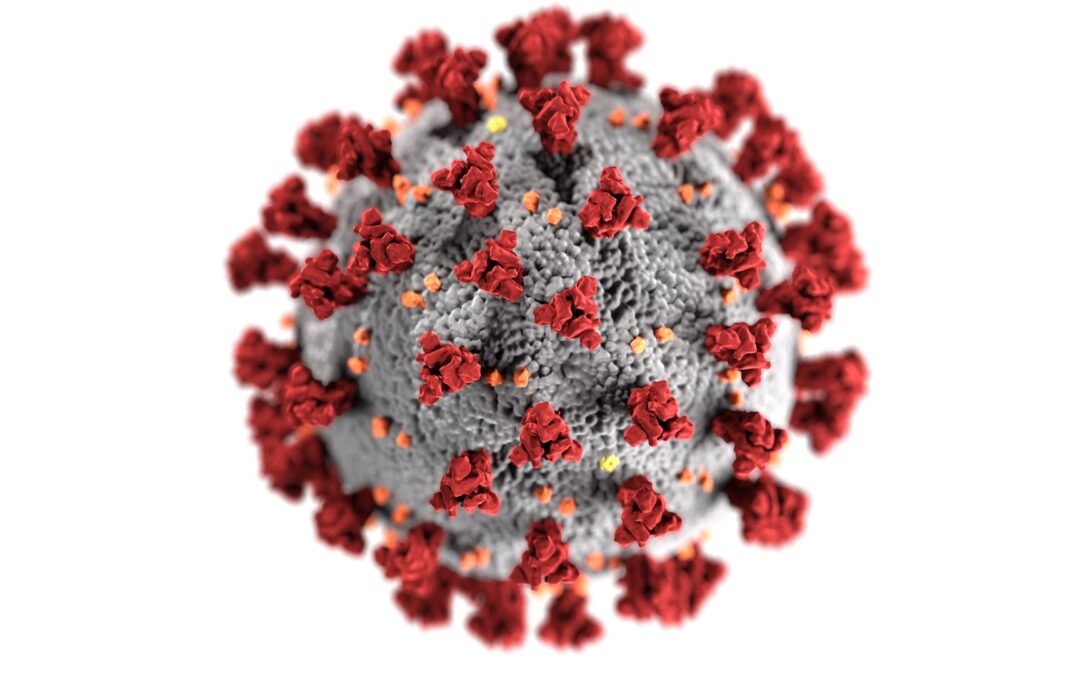 By September 2022 most people I knew had had COVID-19. In our house we had somehow managed to avoid it. However, come the beginning of October, we had both tested positive and were very ill. Now we have both tested negative and feel quite a bit better but still have bad coughs.

COVID-19 was named as such by the World Health Organisation – the acronym derived from “coronavirus disease 2019”. In these blog posts I take a number that has occurred naturally in my real-world environment and write about some of its mathematical properties. The posts are aimed at everyone however basic or advanced their maths is. Most numbers have many, many mathematical properties and these usually overlap with other numbers.

The most obvious mathematical property of 19 is that it is prime – that is, it only has divisors 1 and itself. But you can delve much deeper into the world of primes. Take a look at the number-line above. All the primes are shown in pale blue. 1 is not a prime number because it has only one divisor, namely 1.

19 is a cousin prime with 23. Cousin primes are prime numbers that differ by four: they have a relationship but not as strong as twins – a bit like siblings and cousins in human life. 19 is a sexy prime with 13. This is because they differ from each other by six. The term “sexy prime” stems from the Latin word for six: that is sex. This gives primes an extra bit of interest!

The first few weak primes are:

I was delighted to find a property related to the number 19 that is currently known to exist for just six numbers.

Apparently a mathematician called Hardy was on his way to visit his mathematician friend, Ramanujan who was unwell in London in about 1919. He took a taxicab with number 1729. If you’ve ever met a serious mathematician, they think about and talk about numbers all of the time. My Dad was a serious mathematician and would do his best to engage his family in conversations about the excitement of, for example, table numbers at restaurants being prime. We tried to show interest but were usually keener to see what was on the menu!

Anyway, in the case of these two mathematicians, Hardy expressed disappointment that 1729 was not a very interesting number and his concern that this was a bad omen. But his friend disagreed. He pointed out that 1729 was the smallest number that could be expressed in two ways as a sum of cubes.

More generally, the nth taxicab number is defined as the smallest integer that can be expressed as a sum of two positive integer cubes in n distinct ways. At the present time there are just six as follows:

The taxicab numbers subsequent to 1729 were found with the help of computers in recent years with Taxicab (6) being discovered in 2008. I find it fascinating how large these numbers get and so quickly. The fact that the search for numbers with the taxicab property has required the use of computers demonstrates how they are still relevant to mathematical research today.

I am hoping that these posts will encourage you to see numbers with greater interest and look for their properties when you come across them in your everyday life.

#Christmas can be demanding for many at the best of times, so we've decided to spread a little Christmas cheer by running a #giveaway on our Facebook!

Use the link below to be in with a chance to win a Family Pass & a visit to our Vintage #Grotto⬇️
https://fb.watch/h0czOp2ILM/

I really appreciate it when people point out errors in my work - e.g. my blog. Someone found a small one this morning & by correcting it I now look better & have thought about the issue more deeply. Below is the corrected post #FridayThoughts #blog
https://ammauthorship.com/650-the-chester-by-election-and-apocalyptic-numbers/

You'll need to be on spotify to run it